Looking beyond Poland’s internationally lauded new Jewish museums, this article asks how Jews are represented in longer-standing folk and ethnographic museums whose mandates have been to represent the historical culture of the Polish nation. How have such museums navigated growing internal pressures to incorporate Jews and reconsider the boundaries of “Polishness” alongside external pressures to re¬think the function and approach of ethnographic museology? Based on three museums that have taken three different approaches to Jewishness—what we call cabinet of Jewish curiosities, two solitudes, and ambivalent externalization—we assess the roles played by inherited discourses and structures as well as human agents within and beyond the museum. We illuminate how social debate about the character of the nation (and Jews’ place in it) plays out in museums at a moment in their transition from nineteenth- to twenty-first-century paradigms and how a distinctively Polish path toward a “new museology” is emerging in conversation with and resistance to its Western counterparts. 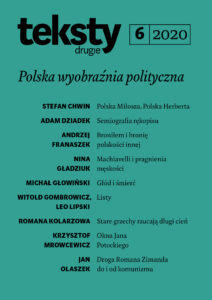