PiS and Fidesz are mnemonic warriors who tried to enforce their memory politics already during their first government terms – as the analysis of their flagship museums, the Warsaw Rising Museum and the House of Terror in Budapest shows. The current illiberal governments treat museums they ‘inherited’ from their predecessors differently: While PiS changes content at the Museum of the Second World War in Gdańsk, the Museum of the History of Polish Jews and the Holocaust Memorial Center in Budapest ‘only’ lost their directors. Even mnemonic warriors must take international developments like the ‘universalization of the Holocaust’ into consideration. Kaczyński and Orbán favored opening new museums rather than changing museums identified as ‘Jewish’, even those that explicitly deal with Polish and Hungarian complicity. New museums, like the Ulma Family Museum, the House of Fates in Budapest and the Warsaw Ghetto Museum, focus on rescuers of Jews and heroic uplifting messages. 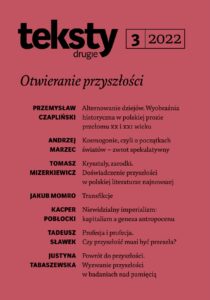